Fox Business Network host Lou Dobbs blasted President Trump’s fourth push in a month to increase legal immigration to benefit multinational corporations at the expense of American workers, calling the policy shift a “tragic reversal” of his “America First” platform and a “catastrophe” for the country’s working class. 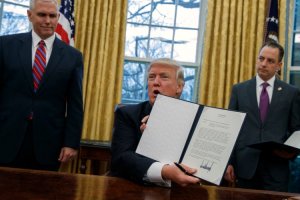 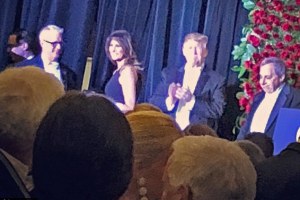 WASHINGTON — Ivanka Trump joked about her life born into luxury at Saturday’s Gridiron Club dinner. “The press seems to think it is ironic that I, born of great privilege, think people want to work for what they are given,” she said. “As if being Donald Trump’s daughter isn’t the hardest job in the world.” […] 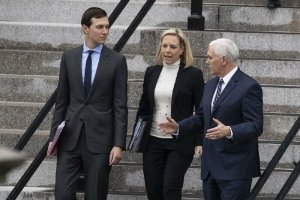 Several Republicans senators and White House officials met on Capitol Hill on Wednesday morning to develop a pathway forward on a paid family leave plan, a top priority of President Donald Trump and an opportunity for a bipartisan populist victory for both sides in politics.

The president signed a memorandum on Thursday establishing the Women’s Global Development and Prosperity Initiative (W-GDP).

The president signed a memorandum on Thursday establishing the Women’s Global Development and Prosperity Initiative (W-GDP). 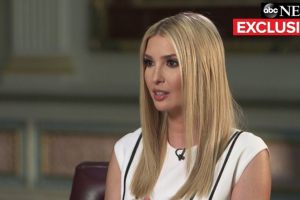 Ivanka Trump: It’s Not ‘Strange’ for a Hospitality Company to Have a Hotel in Russia

Friday on ABC’s “The View,” President Donald Trump’s daughter and White House advisor Ivanka Trump commented on the Trump Tower in Moscow project deal going forward while her father Donald Trump was campaigning for the presidency in 2016. When asked what she knew about the project, Trump said, “Literally almost nothing. I mean, we look at —we were an active business. It was something the president ran on. He didn’t shy away from the fact that he had achieved enormous success in real estate. It was something he was proud of. We were an operating business. We looked at deals from across the world. This Russia perspective deal never came to fruition. There was never a binding contract. I never talked with a third party outside of the organization about it. It was one of — I mean, we could have had 40 or 50 deals like that.” She added, “It’s not like it’s a strange thing as a hospitality company or a development company to have a hotel or a property in Russia. We’re not talking about Iran. It was Russia. So it really was just a non-factor in our minds. I’m not sure that anyone would have thought of it.”

During her Friday appearance on ABC’s “Good Morning America,” President Donald Trump’s daughter and White House adviser Ivanka Trump commented on FBI special counsel Robert Mueller’s investigation into Russia collusion in the 2016 presidential election. Trump said she has “zero concern” for the investigation’s findings. ABC’s Abby Huntsman asked, “Some of the president’s former aides have now been charged and people are saying, look, the walls are closing in. Sitting here now knowing that it is almost over, are you concerned about anyone in your life that you love being involved? “No,” Trump replied. “There’s nothing there. Yet, it’s created week and weeks and months of headlines, so, no. I have zero concern.” Follow Trent Baker on Twitter @MagnifiTrent