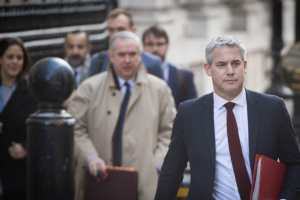 Eurocrats Talk of Rejecting Brexit Delay, Tells UK to Prepare for No Deal

While Prime Minister Theresa May has opened the possibility of ruling out making a clean break of the EU and of extending Brexit, Eurocrats are telling Britain to get ready for a no deal exit on March 29th. 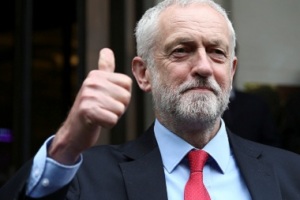 EU bureaucrats have backed plans by opposition leader Jeremy Corbyn that would keep the UK closely aligned to the EU, after refusing to reopen negotiations on the Withdrawal Agreement with Prime Minister Theresa May. President of the European Council Donald Tusk told Mrs May on Thursday that the Labour leader’s plans were a “promising way out” of the Brexit deadlock after MPs have refused to back the prime minister’s deal, according to Sky News. The response follows that of the European Parliament’s Chief Brexit Coordinator Guy Verhofstadt, who told media on Thursday “we welcome” Mr Corbyn’s plans, saying, “It’s important now that this leads to a position in the UK that has the broadest possible majority so that we can conclude this negotiation.” This week, Corbyn wrote to the prime minister with five demands to soften Mrs May’s already-soft boiled exit plans in exchange for support from the Labour Party in the House of Commons. The plans include a “permanent and comprehensive UK-wide Customs Union”; close alignment with the Single Market; guaranteeing that rules on workers’ rights stay close to those set by Brussels; “clear commitments” on participation in EU programmes and agencies, particularly on environmental, industrial, and education matters; and committing to